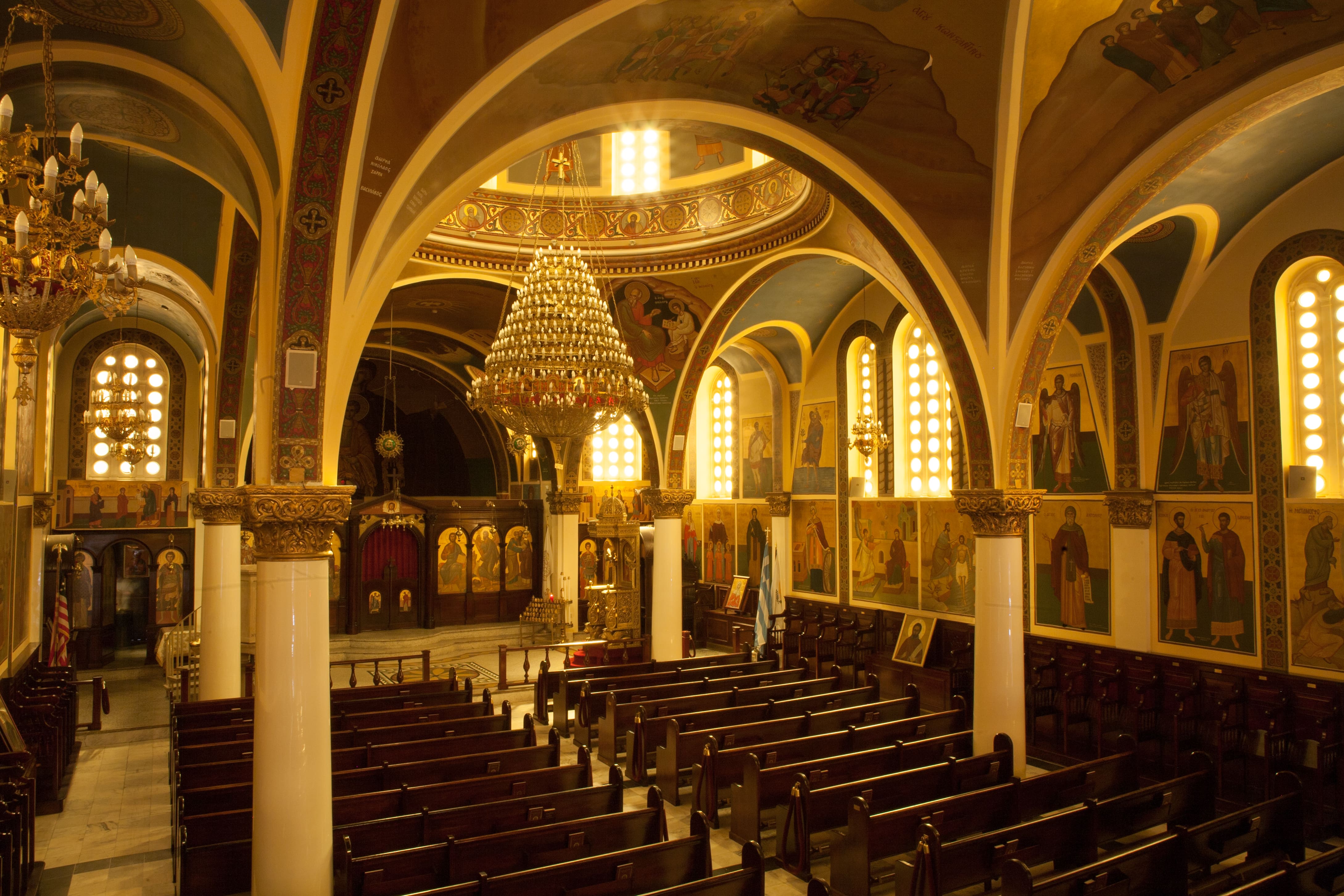 Founded in 1913, St. Constantine Church was the first Greek Orthodox Church on Long Island before becoming Brooklyn’s Cathedral in 1966.

The Cathedral is a center of the Greek Orthodox Faith and Hellenism in Brooklyn, and is visited by many dignitaries from Greece, Cyprus and the United States.

Christians of the Eastern Churches call themselves Orthodox. This fifth century description means “true praise.” In other words, to bless, praise, and glorify God the Father, Son, and Holy Spirit is the fundamental purpose of the Orthodox Church.

While the Orthodox Church contains individuals from numerous ethnic and cultural backgrounds, a large percentage of her membership is composed of persons who were born in America. In recognition of this, Orthodoxy has been formally acknowledged as one of the Four Major Faiths in the United States.

Following the practice of the Early Church, Orthodoxy treasures the various cultures of its people, but it is not bound to any particular culture or people. The Orthodox Church welcomes all. 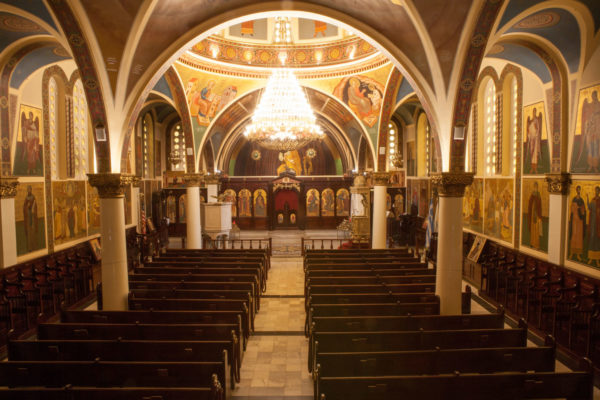 Father Evagoras is a canonically ordained Orthodox cleric and has served the Greek Orthodox Archdiocese of America since 2009.

In late 2018, Father Evagoras accepted the assignment as Dean of the Saints Constantine and Helen Greek Orthodox Cathedral of Brooklyn. In addition to overseeing all ministry at the Cathedral, he serves as Spiritual Leader and Religion Department Chair and Instructor at the Cathedral’s A. Fantis School, a Pre-K through 8th grade day school.

In March of 2020, days before the onset of the COVID-19 global pandemic, Father Evagoras was asked by Archbishop Elpidophoros to serve the Greek Orthodox Archdiocese of America as the Spokesman of the Archdiocese. In his capacity as Spokesman, he oversees the Archdiocesan Press Office, as well as the Editor-in-Chief of the Orthodox Observer. Father continues to serve as the Dean of the Cathedral in Brooklyn, as well as the Spokesman for Saint Nicholas Greek Orthodox Church and National Shrine at the World Trade Center.

Father Evagoras holds a B.A. in Communication Studies from Monmouth College in Monmouth, Illinois and a Master of Divinity from Holy Cross Greek Orthodox School of Theology. His wife Maria (Calender), of Bethesda, Maryland, is an active part of his ministry and together, they have two sons, Christopher and Yianni, who are both are students at A. Fantis School. 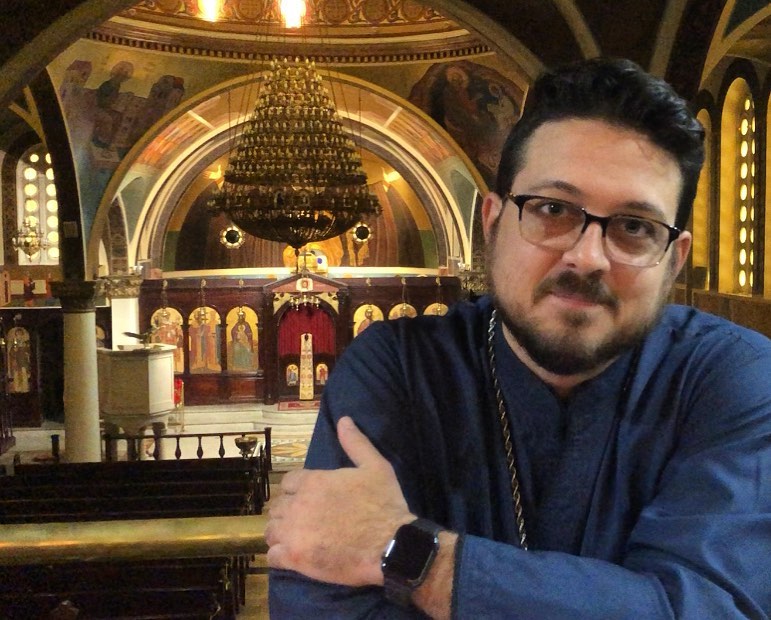